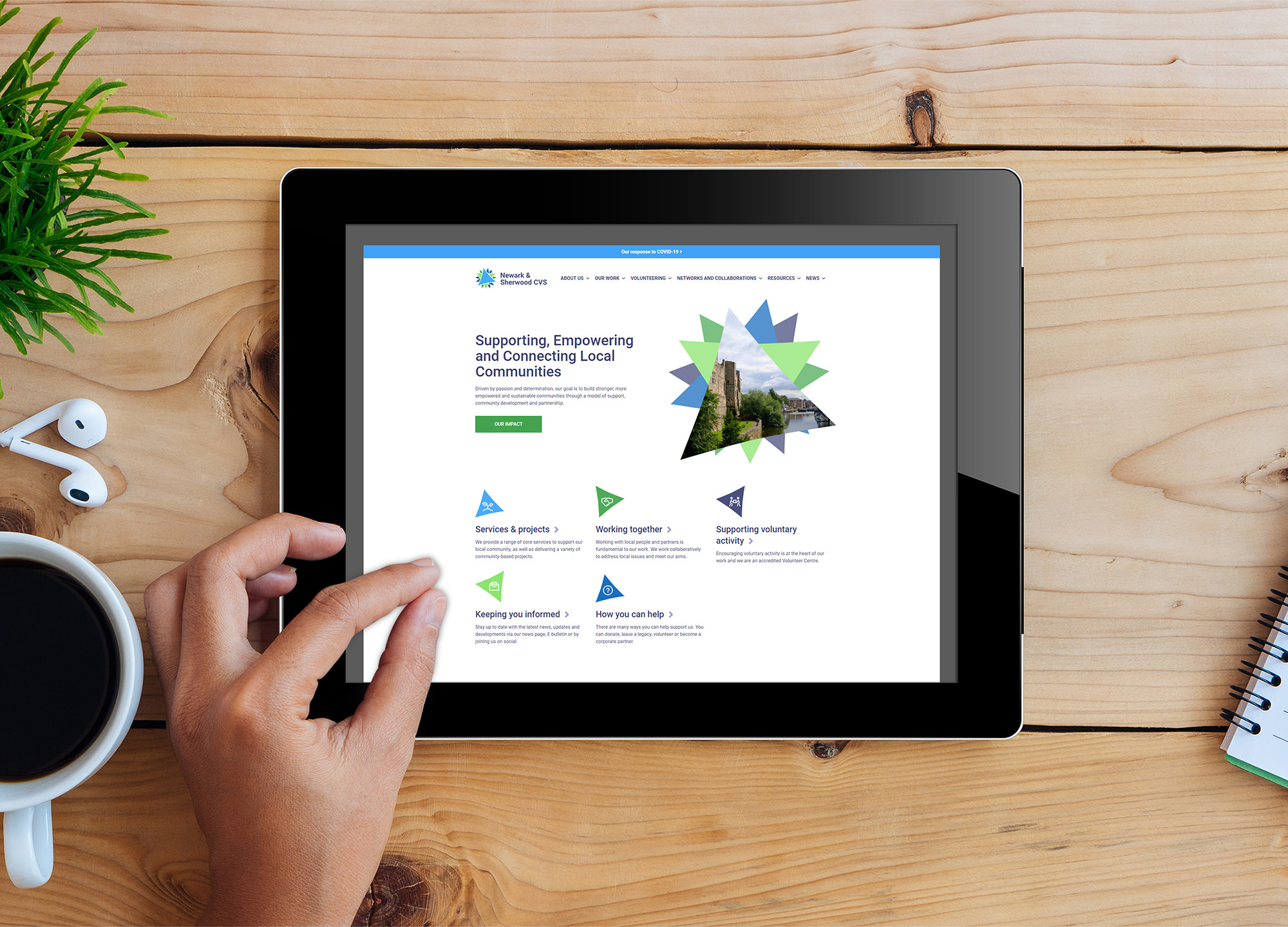 When Nottinghamshire charity Newark & Sherwood CVS reached out to me to discuss the potential redevelopment of its existing WordPress website, I was more than happy to assist. The charity’s existing site used a mix of outdated plugins and code embedded in the theme that was causing the site performance to deteriorate, as well as having a cluttered feel that was not designed with mobile devices in mind. My main goal was to make it cleaner, more accessible and easier to update.

My first job was to develop a new theme that would be fully responsive – i.e., look and feel great on a variety of devices and screen sizes on the four core browsers: Chrome, Firefox, Edge and Safari.

Once this was in place, I removed superfluous plugins and updated those that were still required but had been neglected and left on older versions. Not only did this reduce overall site response times due to a lower maintenance load, but it also drastically reduced the risk of hacking, data leaks and other issues due to security flaws in out-of-date plugin versions.

Another client requirement was that the site needed to interface with the API used to power the charity’s volunteer directory search, provided by Simply Connect. This was already in place but inefficiently coded, while also looking “bolted on” to the main site. I completely reworked the output of the WordPress to API integration, which had the dual benefit of making the directory where volunteers and the charity could be connected appear as a consistent part of the main website, while also being more compatible with the newly developed theme.

The resulting redesign was a clean, responsive website coded with accessibility in mind. The client thought it looked great and was incredibly happy with how easy it is to update – a win all round!

Why I love working with WordPress

Free software: now and forever. No crazy license fees or contract tie-ins. Pay only for your site development.

Over 75 million sites are powered by WordPress, with thousands of developers worldwide contributing to core development & free plugins.

WordPress can be anything you want it to be: from a simple blog to a full e-Commerce platform utilising WooCommerce, and more.

Please note: I have no availability for larger projects until June 2021.